Skip to main content
Your cart has expired
Your order contained expired items and your shopping cart has been emptied.
Close

In this two-cast musical spoof, a pair of aspiring playwrights perform a backers’ audition for their new project - a big, splashy musical about printing press inventor Johann Gutenberg. With an unending supply of enthusiasm, Bud and Doug sing all the songs and play all the parts in their crass historical epic, with the hope that one of the producers in attendance will give them a Broadway contract – fulfilling their ill-advised dreams. Nominated for the 2007 Lucille Lortel Award for Outstanding Musical and the 2007 Outer Critics Circle Award for Outstanding New Off-Broadway Musical; and its authors were nominated fro the 2007 Drama Desk Award for Outstanding Book of a Musical. 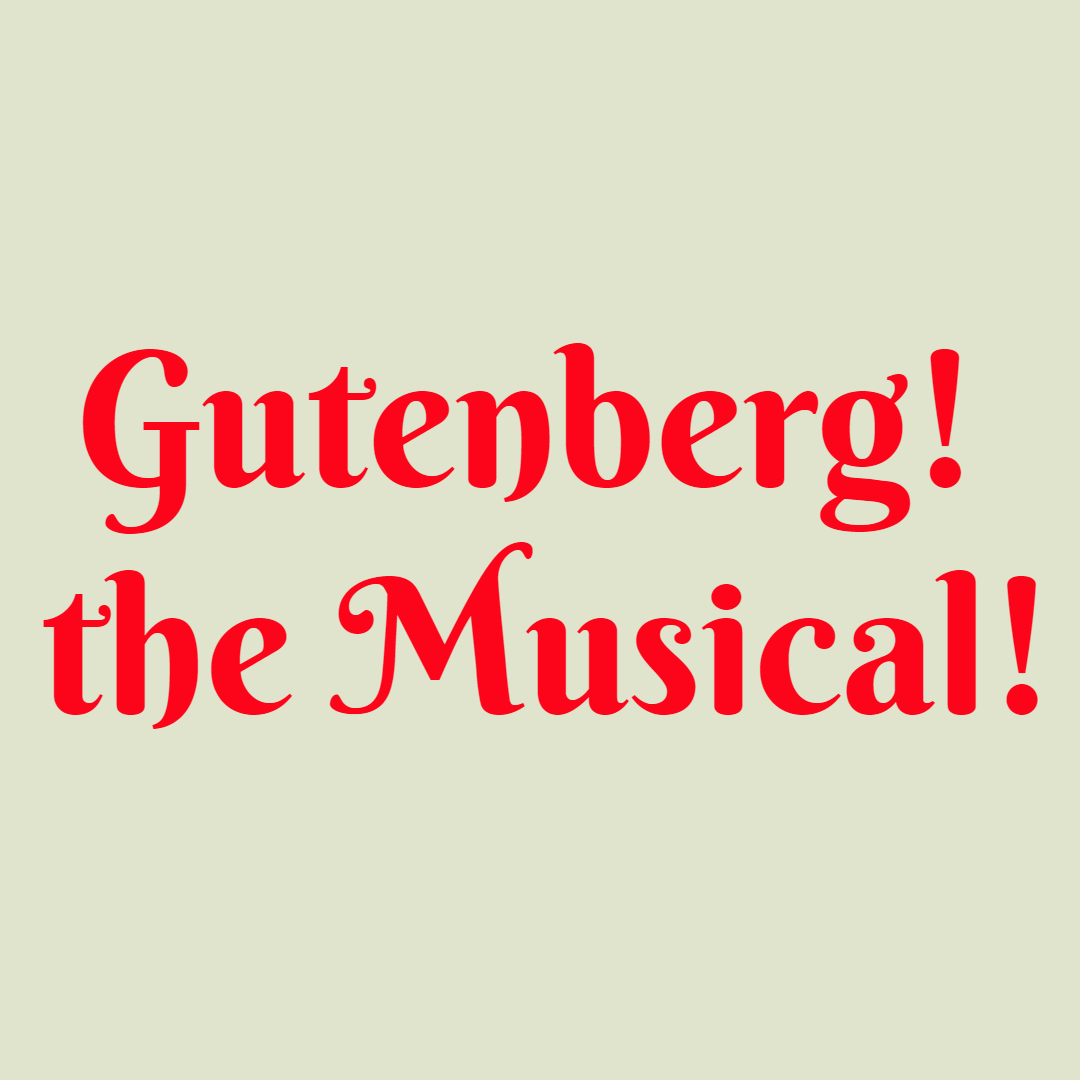